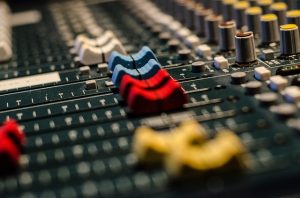 Mixers are essential in the world of music, both live and in the studio. If you’re reading this, the chances are you’re in the market for a powered mixer which is good for live sound, practicing, gigging and more. The best powered mixers offer reliability as well as a lot of features, and most importantly, audio clarity.

The role a mixer plays in music, both live and in the studio, should never be underestimated. The mixer helps with spacing tracks out, ‘panning’ things to the left or right, setting volumes and adding effects. If you’re at band practice and it is impossible to hear your bassist, or in a gig and one of the guitars goes missing, the mixer is there to be able to boost the signal and allow you to hear the piece of music as intended. Without a mixer you lose all control, so for live sound uses, for instance on stage in a venue, bar or even theatre, a mixer is 100% essential.

The choice to use a ‘powered’ mixer is all about the speakers. Some speakers are ‘passive’ which means they have no power inherently within them, and the simplest way to tackle this problem is to hook them up to a mixer which offers power. This is one of the easiest ways to amplify your speakers and ensure that you end up with clear and loud audio without having to hook up a lot of different equipment, the signal goes straight from the mixer to the speakers. Simple. There is the option to buy a passive mixer and active speakers, which is the opposite (power in the speakers, not the mixer) but there are a lot of advantages to doing it this way and great powered mixers to make your life simpler. A powered mixer means your whole setup can be mobile and if you have a full PA system you can move it around and get it up and running in new venues and locations in minutes. For more information on passive vs active, check out this article.

So you’ve decided you need a mixer, and need to find the best powered mixer. You’re in luck. We’ve created a guide with reviews and info about a number of different mixers for live sound and other uses from some of the best mixer brands and audio brands in the world.

What Makes a Good Powered Mixer?

So we first need to work out what we mean by ‘best’. We have a lot of different options in this article, and have tried to show options at different price points. Generally, the saying ‘you get what you pay for’ rings true, but there are some cheap powered mixers which still do a decent job if you’re looking for the basics. So what features are we judging the quality on?

The Best Models of Powered Mixer

Yamaha are a real player in the world of audio equipment, and their PA systems are known around the world. The EMX312SC is a 12 input mixer which holds its own with the very best, so what do we make of this model of powered mixer?

The features here are really impressive.

Yamaha are only too happy to explain how painstakingly these have been designed and made, with only the best components and parts being used to produce the unit. The number of high quality reviews on the products listing on retailers as well as other audio review sites online show how well regarded the EMX312SC has become, with a lot of clubs, bars, venues, studios and rehearsal rooms choosing to install these as their PA mixer of choice. As well as having great audio clarity, it is surprisingly lightweight and portable and comes with our top recommendation. This isn’t the cheapest mixer you’ll find on the market, but it does an excellent job and comes from a brand you can trust.

This is something of a ‘Yamaha junior’. Pyle are a great manufacturer of audio equipment and are known for making things like record players and car audio systems. Their powered mixer is reliable and well made, as well as having some very modern and ‘digital’ features which have a massive impact on the way you run your live sound.

The features you would expect in something like this are all present and work very well, 800 watts of power, 8 balanced inputs (enough for a modest band setup and more than enough for acoustic setups or practise rooms), XLR, 1/4 inch and Aux inputs.

What sets the Pyle PMX802M apart from the Yamaha is that it has some really great digital features on top of the analog features we all expect. It has a master FX system to allow you to put your own EQ and effects on the track, and the effects can definitely add something in a live environment. The LCD display is for the card reader audio player, which lets you plug in an SD card or flash memory and play tracks from it, great for backing tracks as well as triggering music before and after a live set for example.

Is this the best powered mixer? It may well be slightly pipped by some of the more ‘elite’ brands, but in terms of value for money it is right up there. The EQ and effects are decent, but could be slightly better, and the inputs are slightly limited. The reviews of this product are generally good, but don’t set the world alight, and people seem to be satisfied rather than ‘amazed’ at the features Pyle have put together. Good if you’re looking for something without breaking the bank, and it sure chucks plenty of power out to the speakers, but if you have the budget it might be worth going for one of the very best products.

Time for the piece de resistance. The Allen and Heath ZED Power 1000, this is a product from an elite audio brand, and it certainly does the business. If you are looking to build a live rig with the best quality audio available you should be looking to the top end of the market, and Allen and Heath have a long history of providing immense mixing desks.

Their own description of this product claims that it can power a speaker system for venues of around 200-300 people with no problem. It has an impressive EQ and the ability to hook up all of your outboard effects, as well as this, it has the bonus of USB recording so you can plug in a USB stick and record the live show, this is great for venues and can be an amazing thing to offer bands. If you’re rehearsing, being able to listen to what you’ve done can also be very positive.

The amplification is crisp, clear and powerful, and each channel strip has its own circuitry to ensure the utmost quality. This is what we’ve come to expect from this brand. If you want a powered mixer, the chances are this is one of the best you are likely to come across, and though Allen and Heath offer some more amazing live mixers, they will need to be hooked up to amplification separately. For everything built in to one mixer, the Allen & Heath ZED Power 1000 is definitely worth considering if your budget allows.

Budget Option (Not Powered) – There are alternative setups, and though this will require active speakers, it is worth considering if you don’t want to pay the extra for a powered mixer.

Behringer is perhaps not a name you see recommended as the ‘best’ in many audio circles. They manufacture a huge amount of audio equipment and musical instruments, but are known more for being on the budget end of the market. We wanted to provide a cheap powered mixer option, and as with so many cheaper audio options, Behringer have come up with the goods. Don’t assume that because it is budget it is poor quality, the Xenyx 1202fx is actually a very decent powered mixer, and represents huge value for money when you look at the price tag compared to the features and reliability.

Behringer also offer some slightly more expensive models which still do a very good job, and if you want something with a lot of inputs, which is great for big bands, their Europower PMP4000 is worth a look. This is a powered mixer and has a massive 16 channels, more than enough for most normal sized live setups, and plenty of power to drive to the sound system. It can also pack up to 1600 watts of power, which can be more than enough for some pretty large venues.

Powered Mixers are one of the many pieces of audio equipment we often overlook, it isn’t the most glamorous of items unless you’re a proper audiophile, but make no mistake, this is a decision that it is vital to get right, and if you’re willing to spend a little time getting the decision right, it can pay off for many years to come. Brands such as Allen and Heath and Yamaha have become real leaders in the world of live sound, and brand names you can trust. Many of their products come with a manufacturer warranty so you can rest assured that your purchase is pretty safe.

Working out how much power you need, whether you need EQ and effects and what your budget is will help you in making the right decision for you, but choosing one of the options above won’t see you go far wrong.

If you have any experience with the powered mixers above, or wish to recommend another model, feel free to put some details in the comments below.